His recipe for helping the medicine go down, by sugaring pastilles and pills for dispensing to the sick in the 1820’s, was put to good use when he joined an up and coming confectionery business run by messrs Bayldon and Berry.

Joseph adapted easily to life in the sweets sector, putting his scientific background to work to pioneer innovative new products and taking over the firm that became famous the world over as Terry’s of York.

York’s Chocolate Story is celebrating the 250th anniversary of this family favourite with an exhibition that runs until the end of the year.

It was this quality and innovation which made the company famous. By the 20th century Terry’s had introduced the world to the boxed chocolate assortment as well as the famous Terry’s Chocolate Orange.

250 Years of Terry’s showcases a selection of the most interesting of the Terry’s products from opium based throat sweets to some of the most beautiful and decadent chocolate boxes in history.

A selection of old favourites such as Neapolitan, Spartan and Waifa will be on display as well as some curiosities like the poison cards contained in early Terry’s confectionery warning of sensational ingredients such as Mercury and Belladonna (Opium)!

Jenni Shepherd, exhibition coordinator said: “It has been such a joy putting together the exhibition. As well as collecting wonderful objects I have also had the opportunity to talk to so many people who worked at Terry’s. The company has a fascinating history, from chemists to confectioners, but the stories from the factories themselves and the pride of the people who worked there is what makes the company so interesting. These unique tales and memories are what ensures that Terry’s will always have a legacy in the city of York.”

The exhibition will also explore the social impact on the city. Terry’s has inspired Lord Mayors, horse races and outstanding architecture as well as the lives of the tens of thousands of residents who have worked for the company.

A turbulent start to 2020 for travel industry – So far, it’s been a very bumpy ride for the travel industry this year. And all the signs point to further tourism turbulence over the next few months as the fallout from the coronavirus continues to unfold. Shall we book or shall we wait – that‘s […]

Cycling Europe the e-asy way – Explore has the perfect e-bike cycling trips for those worried about punishing uphill climbs and sore legs. Boost your peddle power while still enjoying the incredible scenery on our most exciting cycling trips, from circumnavigating Mount Etna to cycling through vineyards in the Douro Valley. Cycling the Baltic States […]

Saving finest view at Blenheim Palace – A massive civil engineering project to help save the ‘finest view in England’ is set to get under way at Blenheim Palace later this year. The multi-million pound project will see more than 300,000 cubic metres of silt – enough to fill Wembley Stadium – removed from the […]

Culture calls from Dresden – After seven years of part-closure and extensive renovation work, Dresden’s Old Masters Picture Gallery will officially reopen to visitors on February 29 – including a special late-night opening on February 28 and free admission until 1 March. Located in the Semper building gallery wing of Dresden’s Zwinger Palace, the Old […] 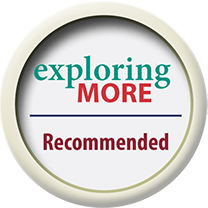 For those of us who prefer the DIY approach to travelling – that’s Design it Yourself – good, accurate and reliable information is worth its weight in gold.

Our editorial columns already offer ideas and inspiration for the travelling public and Exploring More Recommended goes one step further, helping you to plan ahead with confidence when looking for quality accommodation and where to have a decent meal.

All establishments listed in Exploring More Recommended have been personally visited and endorsed by members of our reporting team. They score highly for quality, comfort, ambience and value for money.

A Liverpool date with Michael Bublé – Grammy Award-winning global superstar, Michael Bublé is in the middle of one of his biggest ever world tours, taking in 108 shows across 22 countries and three continents.  He makes a welcome return to the UK in the run up to Christmas, with shows at the M&S Bank […]

Golf breaks in the Dordogne – Golfers can take advantage of the most affordable golf in Europe when staying at Souillac Golf & Country Club this spring and summer – with seven-night unlimited golf breaks available from just €175 per person. Souillac’s breathtaking location in France’s Dordogne Valley is matched by great value breaks  for […]